Cheeseburger Macaroni is a creamy, flavorful copycat recipe of Homemade Hamburger Helper that's all-natural and made from scratch! 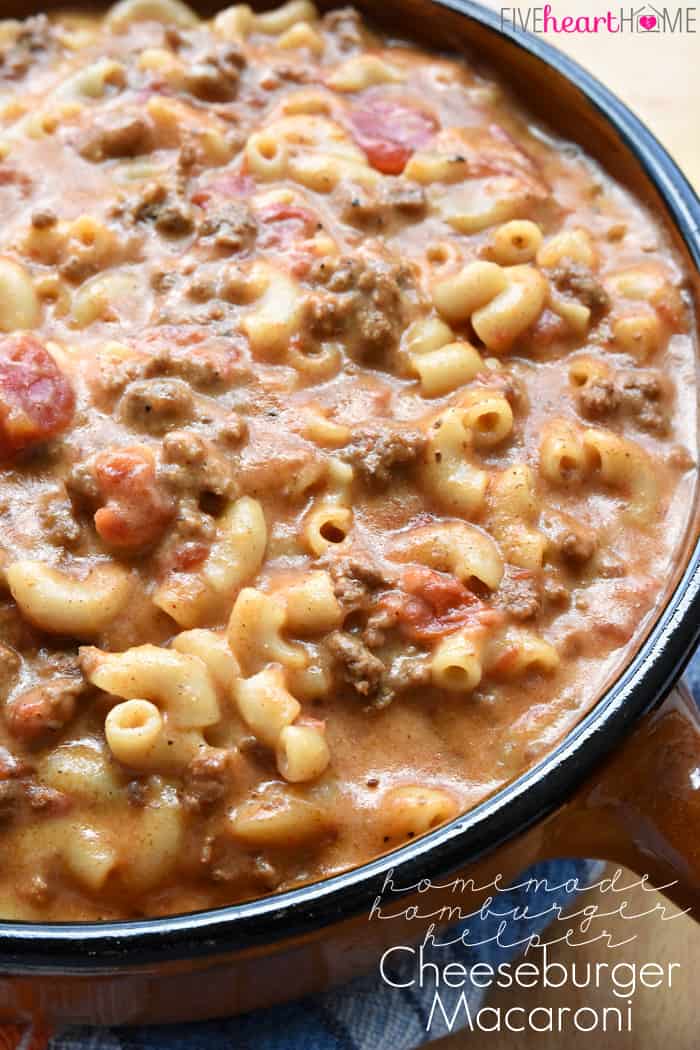 Not even gonna lie...Hamburger Helper was one of my favorite dinners growing up. And if you had asked me my favorite flavor of Hamburger Helper back then, I would have had a hard time deciding between Lasagna and Cheeseburger Macaroni. I mean, what's not to love about beef and sauce and noodles? Simple, tasty, and a winner every time. 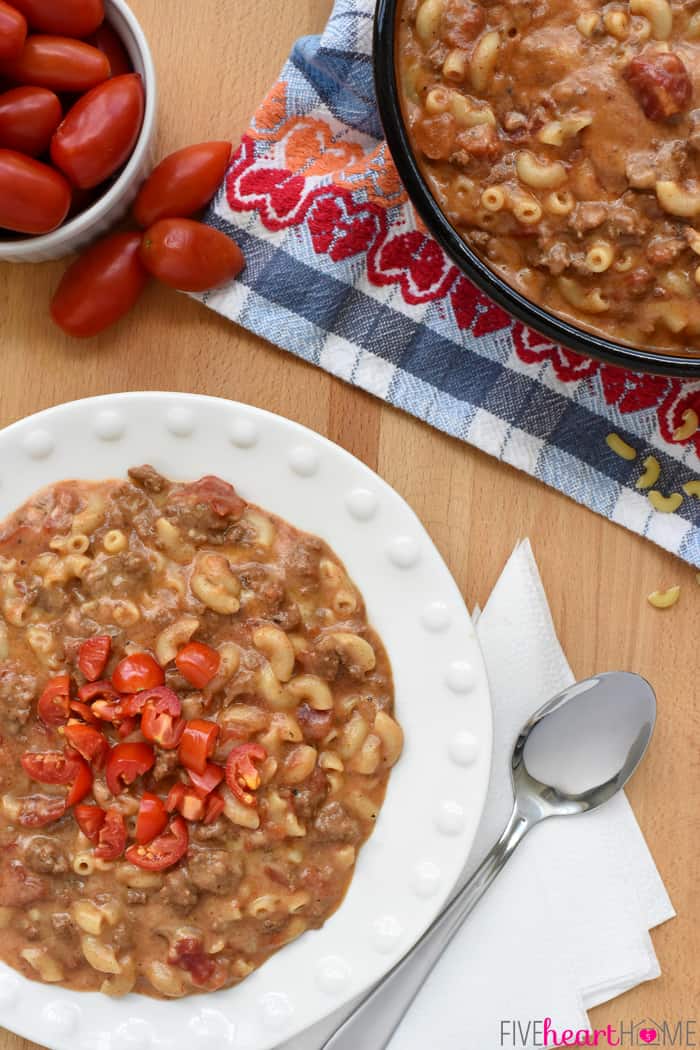 Unfortunately, when I had children of my own and felt the inexplicable pull to embark upon this whole 'real food kick,' boxed/processed dinners (like my beloved Hamburger Helper) went by the wayside. And I totally missed 'em!

But one glorious day I realized that I could make a "Homemade Hamburger Helper" all-natural version of Cheeseburger Macaroni (that seriously tastes even better) with not much more effort than what came out of the smiley-faced, hand-bedecked box (which now seems a bit creepy, but maybe that's just me). So would you like to join in on the deliciousness? Read on! 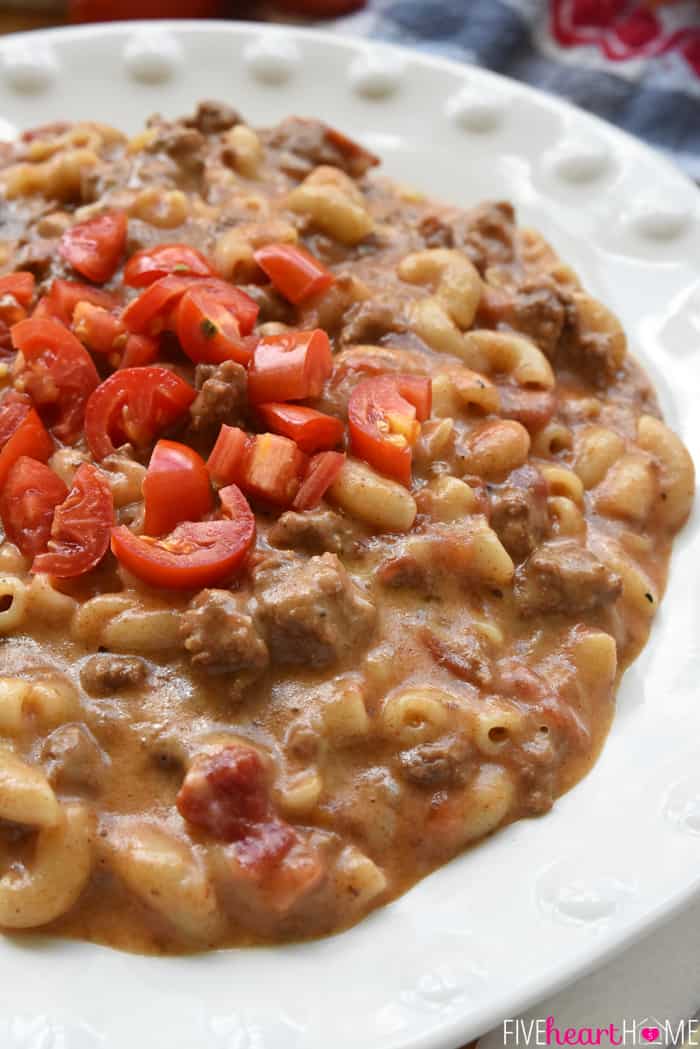 How to Make Homemade Hamburger Helper

This homemade Cheeseburger Macaroni starts just like the good ol' boxed dinner upon which it's modeled.

Better than the Original

However, there are a few crucial additions to boost flavor even more.

Now granted, making your own cheese sauce does dirty up an additional pot. But it is so worth it.

You can whip up the cheese sauce while the noodles are boiling and then, once all of the broth has been absorbed, you simply fold the cheesy goodness into the beef and noodle mixture.

The result is a Cheeseburger Macaroni that's beyond creamy and cheesy. Quite frankly, it puts boxed Hamburger Helper to shame. And BONUS...no icky ingredients! 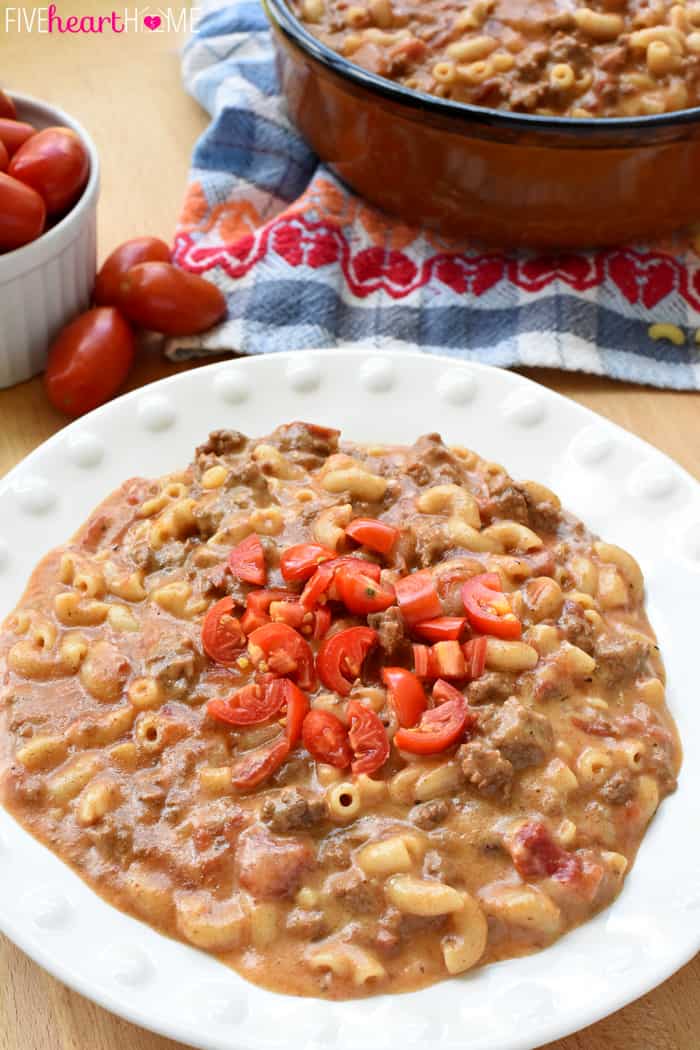 I'm not the only one who loves this stuff. Everyone in the family enjoyed it when I made it the other night (with the exception of the 2-year-old, who currently refuses to eat any dinner not constituted of pizza or sausage, so don't mind her)... and my eats-like-a-bird middle child actually gobbled down two platefuls. I'm with you, little buddy...this recipe is worth a second helping. 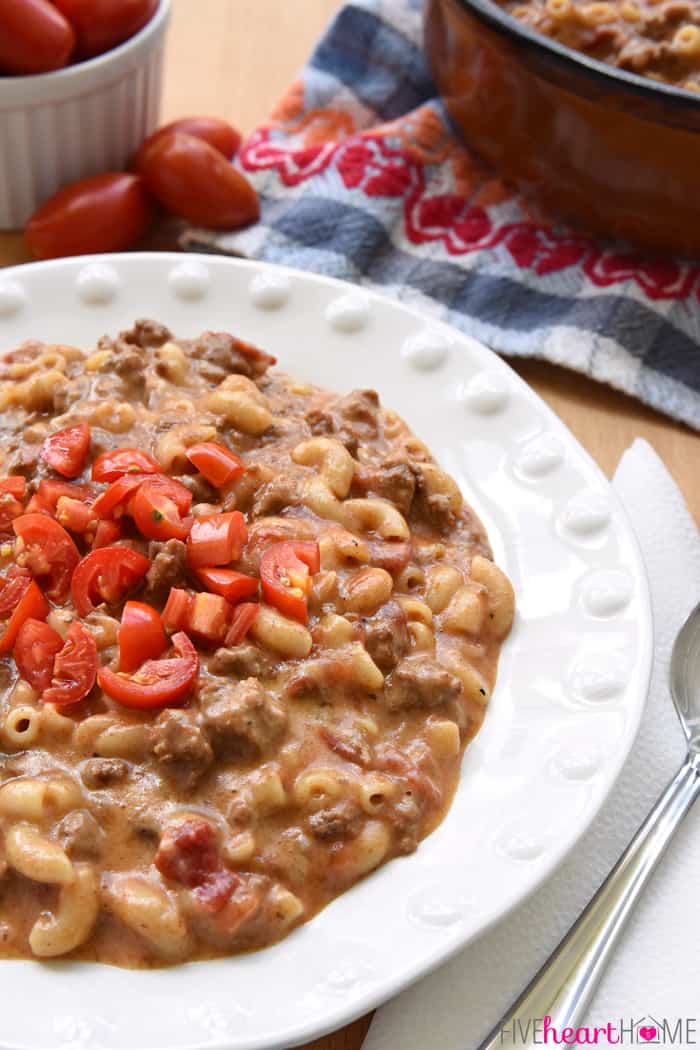 Please...promise you'll make this soon and don't be intimidated about the homemade cheese sauce. It's really easy to make and it's the secret to putting this Cheeseburger Macaroni over the top!

So what is/was your favorite variety of Hamburger Helper? In case you're a fellow aficionado, be sure to see below where I've linked to a few other copycat flavors... 😉 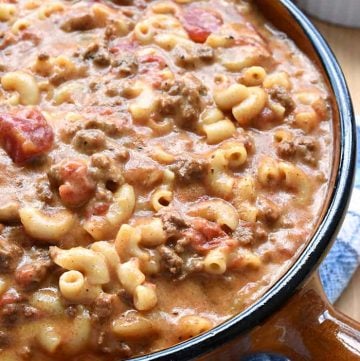 For the Cheese Sauce: