Too drunk for COVID? Collingwood star, 29, admits he can’t remember the specifics about an AFL rule breach that saw him catch an Uber to visit a teammate – but he DOES recall getting a lift home with cops at 7.30am

An AFL star who broke the league’s strict COVID-19 rules was so drunk at the time he has no recollection of his actions, his coach has admitted.

Collingwood coach Nathan Buckley says a ‘confused’ Steele Sidebottom has no clear memory of catching a late night Uber to visit a retired teammate at his home.

While at Howe’s home, Sidebottom’s heavy drinking triggered a series of events.

Dunn headed straight home, Sidebottom took an Uber to the house of Daniel Wells, a former teammate, another breach given that he isn’t part of Collingwood’s COVID-19 compliant bubble. 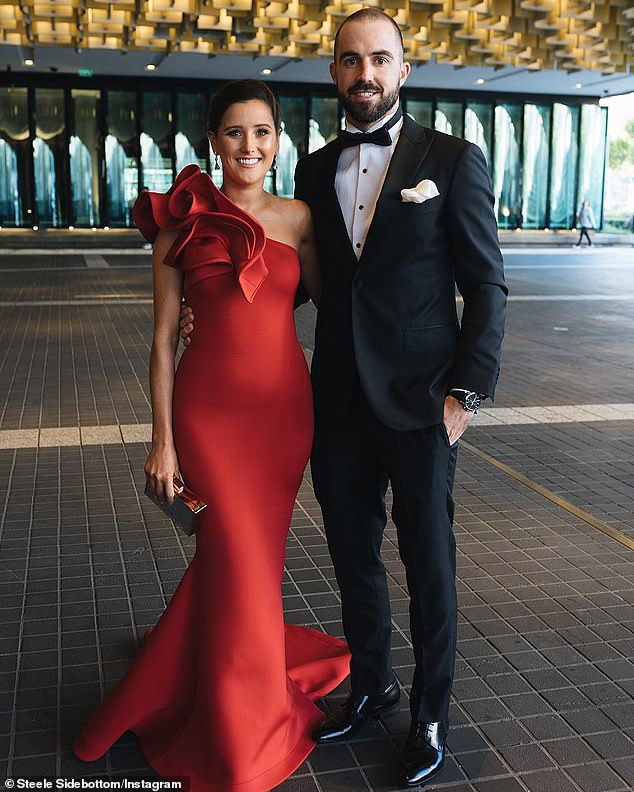 AFL star Steele Sidebottom (pictured with his partner Alisha Edwards) was so drunk at the time he broke the league’s strict COVID-19 rules he has no recollection of his actions, his coach has admitted 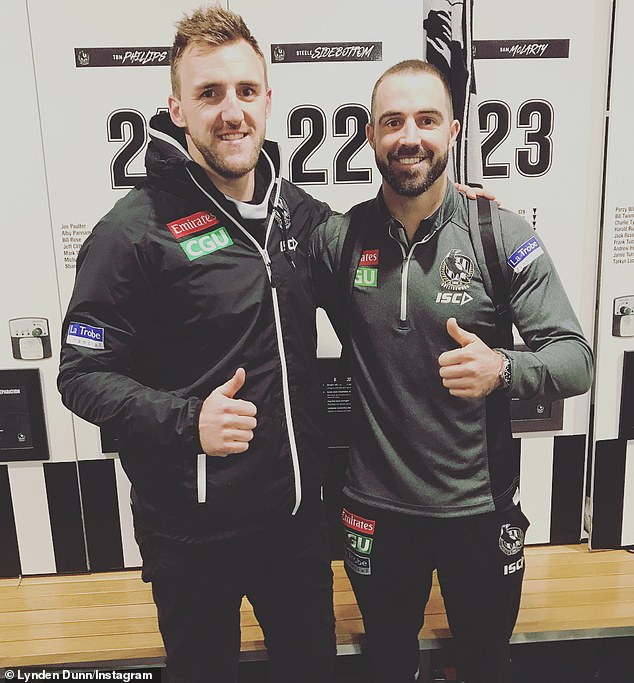 Sidebottom, 29, and teammate Lynden Dunn (both picutred), 33, spent Saturday night at the home of teammate Jeremy Howe. Dunn then went home, before Sidebottom continued on with his night

‘That was probably the next bad decision. And obviously things have headed a little bit off the tracks at that point,’ Buckley said.

Sidebottom finally went home at 7.30am the next morning when police found him wandering the streets of Williamstown.

Buckley said Sidebottom’s alcohol consumption on Saturday night meant the star midfielder couldn’t quite recall all of the details of the night.

‘Speaking with Steele, he’s quite embarrassed about the situation,’ Buckley said.

‘He’s obviously remorseful about the decisions that were made but he’s also in some way confused about what has taken place.

‘At some point obviously with his drinking he’s made some poor decisions, but his recollection isn’t that great.

‘He hasn’t been drinking as regularly (recently). In conversations with him, he’s probably hasn’t been consuming as much alcohol, and one of the theories is he wasn’t able to handle what he consumed at Howie’s place.

‘They are all details that try to explain in some way what has happened in the evening, or Steele’s understanding of it.

‘He’s embarrassed and very contrite as you would understand.’ 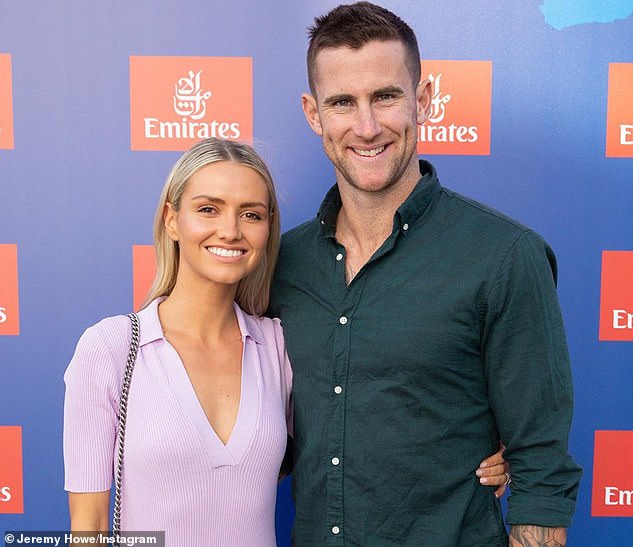 After leaving the home of Howe (pictured with his wife Kahlia), Sidebottom took an Uber to the home of ex-teammate Daniel Wells. Sidebottom was eventually found wandering the streets by police at 7.30am the next morning, with the officers offering him a ride home 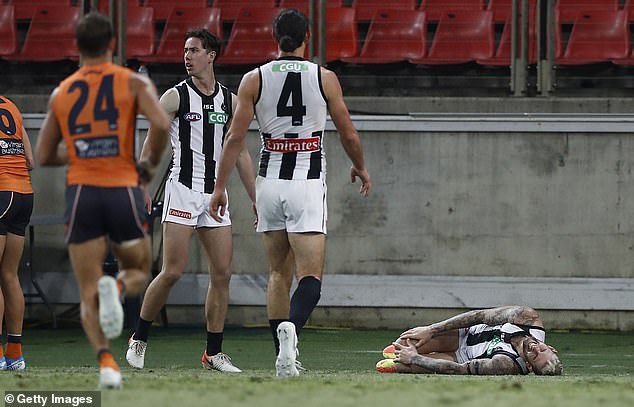 Sidebottom could receive a ban of up to four AFL matches for the breach.

Melbourne’s Charlie Spargo received a two-match ban for attending a house party in June and Buckley feels Sidebottom’s punishment should fall into that category.

Dunn has twice tested negative for COVID-19 since his protocol breach and was welcomed back to Collingwood’s headquarters on Wednesday.

Sidebottom has already returned one negative test, but has not yet been cleared for a return to the club.

He is currently a member of Collingwood’s leadership team but his position could be in doubt following the serious breach of protocols. 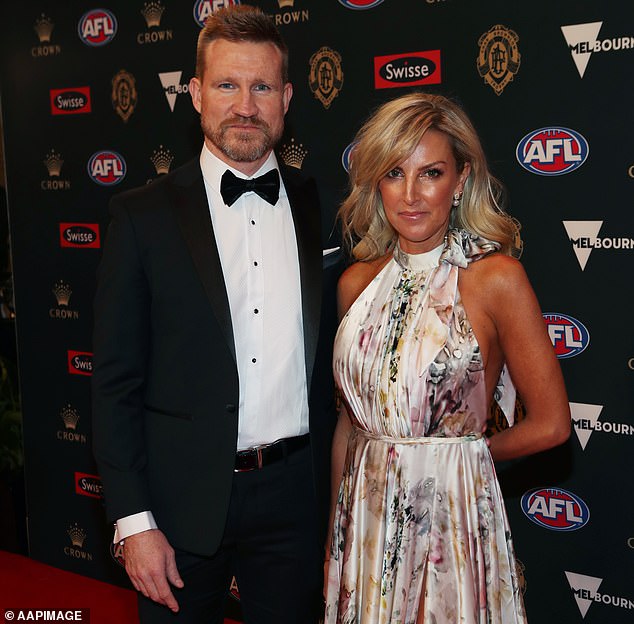 Collingwood coach Nathan Buckley (pictured with wife Tanya) admitted Sidebottom had been ‘confused’ about exactly what occurred. He said he expects him to be banned for several weeks

Collingwood are due to enter a Perth hub later this month along with Geelong.

Western Australia premier Mark McGowan didn’t mince his words when asked what a protocol breach would mean for any visiting players.

‘If anyone breaches, obviously my view is they will be punted from Western Australia as soon as they do,’ McGowan said.

‘Football players are not immune, they’re not exempt, they shouldn’t think they’re above the law.’