Your next holiday: Another state will open its borders within WEEKS but with very specific conditions – so will you be let in?

Tasmania is set to open its borders to most states and territories within weeks but will have extremely strict conditions.

A call on New South Wales will be made early next week but Tasmania will remain closed to Victoria. 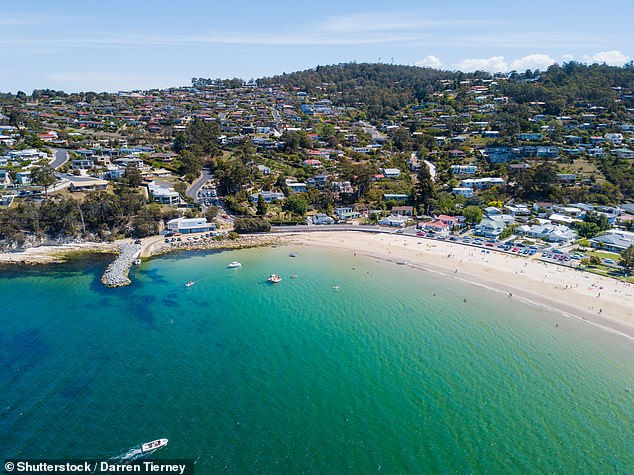 An aerial view of the white sand at Kingston beach in Hobart, Tasmania, one of the island’s many shimmering spots (pictured) 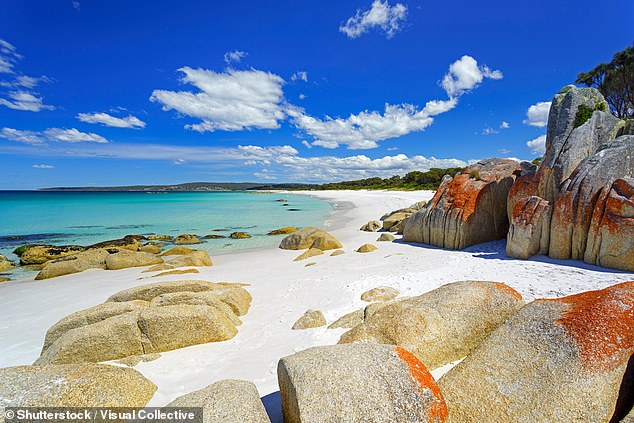 Premier Peter Gutwein on Tuesday announced that the decision on NSW would likely be made on the October 19.

‘We are continuing to monitor the situation in NSW closely,’ he said, after a recent cluster in southwest Sydney.

‘They are very low numbers in a large population base but we’ve taken the view … that we should wait another week (before deciding whether to reopen).’

Tasmania will remain closed to Victoria until at least December 1, the premier said.

All travellers from low-risk states and territories will have to undergo health screening, including temperature checks, when they arrive in Tasmania.

The state was the first jurisdiction to shut its borders and its last recorded COVID-19 case was more than two months ago. 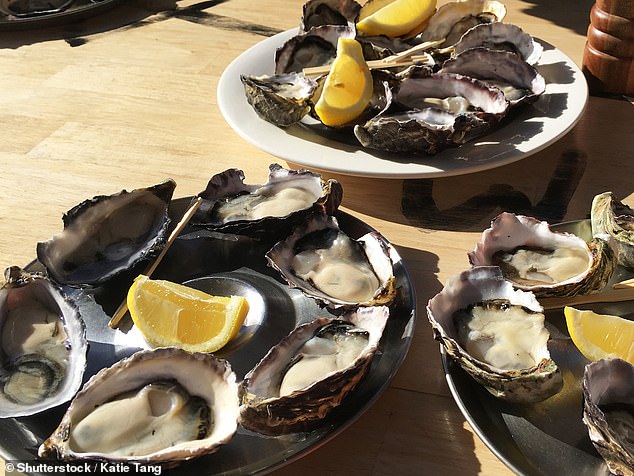 Tasmania is known for having delicious seafood, with Australians now able to travel there to try it (pictured, oysters in Hobart)

People travelling to Tasmania from low-risk areas on the Melbourne-departing Spirit of Tasmania ferry can drive through Victoria but are only allowed to stop for fuel.

Mr Gutwein said the state’s push to join the New Zealand travel bubble was progressing well, as was setting up international airport facilities in Hobart.

‘My understanding is there is very strong appetite from New Zealand to visit Tasmania,’ he said.

‘I think we would meet the requirement for that international airport to remain in place.’ 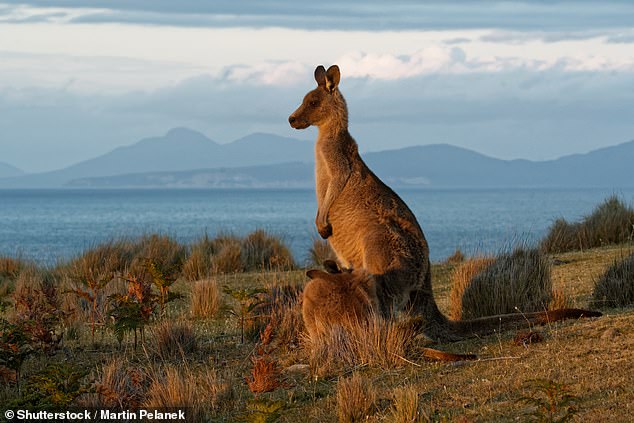 People travelling to Tasmania from low-risk areas on the Melbourne-departing Spirit of Tasmania ferry can drive through Victoria but are only allowed to stop for fuel (pictured: Eastern Grey Kangaroo in Tasmania)

All travellers except for essential travellers currently have to undergo 14-day quarantine and seek approval to enter Tasmania.

Tasmania will ease border restrictions for people travelling from all states except New South Wales and Victoria on October 26.

The situation is continuing to be monitored in NSW. A further update will be provided for people travelling from NSW prior to October 26.

Border restrictions will also remain in place for people travelling from Victoria until further notice.

Despite Victoria being fully open it is effectively closed off to the rest of Australia due to bans in every other state.

Residents returning to Victoria from other states do not have to quarantine at home.

There are also travel restrictions within the state preventing people living in metropolitan Melbourne from travelling into regional areas.

The only border restrictions currently in place in NSW apply to Victorians, with residents of Victoria or anyone who has been in the state requiring a permit.

NSW residents will be able to travel to most states and territories, including Queensland from November 1.

This means Byron, Ballina, Lismore, Richmond Valley, and Glen Innes were added to the border zone and can travel into the state, while Queensland residents could also travel into those areas.

‘The Queensland side of the border zone will no longer exist,’ Gold Coast Chief Superintendent Mark Wheeler said.

‘For instance, if you are in Cairns and you decide that you want to go to Byron Bay, you are able to do that after the 1st of October.’

From November 1, NSW residents will be able to travel without hotel quarantine into Queensland.

People who are not ACT residents cannot enter the territory from Victoria unless they hold an exemption.

All other states can enter the territory.

Western Australia has the strongest restrictions in the country and is closed to everyone, including residents who wish to return home.

Residents must obtain an exemption and will need to quarantine at home for 14 days.

Those who have been to NSW or Victoria in the last 14 days will find it harder to get approval on their exemption.

Travellers from Victoria including SA residents are not able to return, with some essential travellers being exempt.

Residents and non-residents from NT, ACT, Queensland, Tasmania, NSW and WA can enter without restriction or mandatory quarantine.

The Northern Territory is now open to most of Australia, removing its coronavirus hotspot status from Greater Sydney in October.

From October 9 arrivals from Greater Sydney do not need to undertake 14 days of supervised quarantine.

All people travelling to the NT must complete the border entry form.

For those who arrive in the NT after travelling through a declared hotspot, they must remain in mandatory quarantine for 14 days since leaving the hotspot.