By Charlie Coë and Andrew Prentice For Daily Mail Australia

Hardware giant Bunnings could be set to participate in the government’s $4billion JobMaker wage subsidy scheme despite its sales jumping by 10.5 per cent during the COVID-19 crisis.

Parent company Wesfarmers said it would not rule out using the scheme announced during this month’s budget – which offers employers between $100 and $200 a week for hiring new staff between the ages of 16 and 35.

Woolworths had earlier said on Wednesday it would not be involved in the scheme after making record profits in the past financial year.

‘While the circumstances in which our businesses would access the program are likely to be limited, we are always looking to create jobs for young people, especially in our retail businesses,’ a Wesfarmers spokesman told Daily Mail Australia. 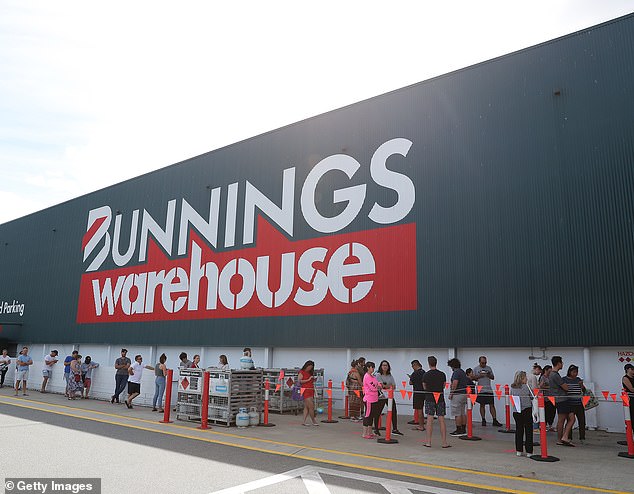 Shoppers pictured forced to queue outside Bunnings in Myaree, Perth due to social distancing measures. The company has not ruled out taking part in the government’s new JobMaker scheme

‘If there is a role for JobMaker in supporting the employment of more young people without disadvantaging existing employees, then we will look carefully at it.

‘At Wesfarmers we will continue to employ based on merit and we expect to employ more people in the months ahead independent of Jobmaker.’

The spokesman for the retail conglomerate said it would review the role of JobMaker in its business over the next 12 months.

The parent group also owns Target, Kmart, catch.com.au and Officeworks and employs about 107,000 staff across its different businesses.

Pizza chain Domino’s has already confirmed it will not accept JobMaker, while McDonald’s said it planned to take part in the scheme but was still deciding on the degree to which it will be used.

Woolworths said it would not be involved in the wage subsidy scheme after reporting bumper sales for the 2019-20 financial year, with revenue up 8.1 per cent to over $63billion. 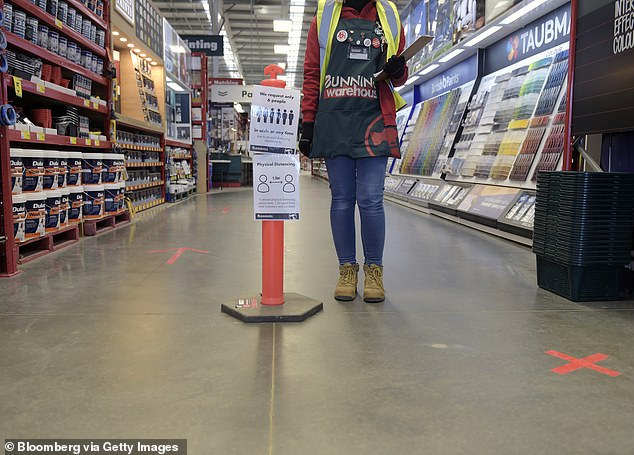 Social distancing signage at a Bunnings store. The JobMaker role offers employers between $100 and $200 a week for hiring new staff between the ages of 16 and 35 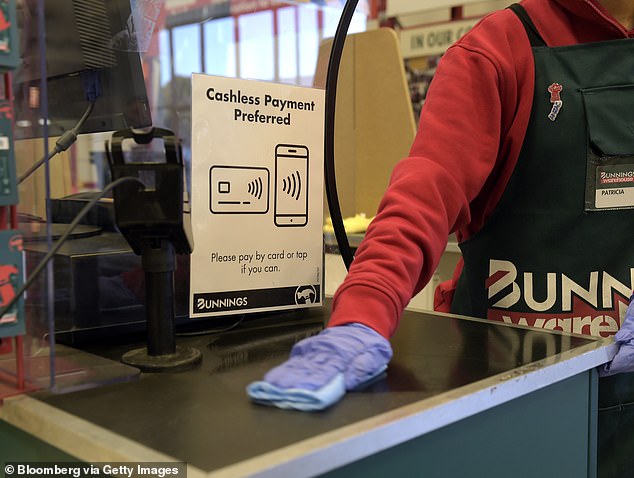 The refusal to rule out taking part in the scheme comes despite Bunnings’ sales jumping by 10.5 per cent in the past financial year. Pictured: An employee wipes down a service counter at a Bunnings Warehouse store in Melbourne

‘We believe our current circumstances – where we are fortunate to be trading strongly and are entering our usual business cycle of hiring for Christmas and summer – requires us to be thoughtful in what government programs we access,’ they said in a statement.

The federal government is said to be respectful of the decision from Woolworths executives. 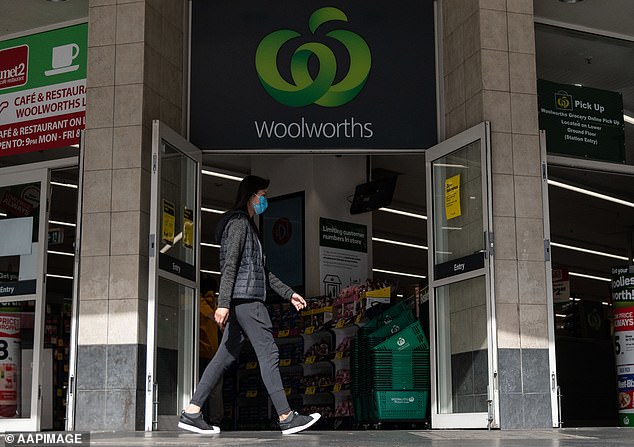 The JobMaker scheme is part of a broader $74billion budget plan to create jobs and stimulate economy spending.

However, the plan has attracted plenty of criticism over its neglect of older workers, who would not qualify for the scheme.