‘We are either safe from the virus, or we’re not’: Struggling business owner goes viral after asking why 40,000 footy fans can pack a stadium – when music events are capped at just 500

A business owner who has barely kept afloat due to COVID-19 lockdowns in Australia has slammed governments for not keeping consistent rules in place across different industries.

Chris Neal, from Queanbeyan in rural New South Wales near Canberra, runs a sound and lighting business supplying music festivals and events throughout the nation.

He said it was unacceptable that state governments are willing to allow up to 40,000 sporting fans to pack into stadiums, but not allow music events to go ahead with the same amount of patrons.

Like many others, the COVID-19 crisis left him out of work and desperately searching for a way to make ends meet.

He revealed he has almost ‘no ability to generate income or… support staff or its overheads’. 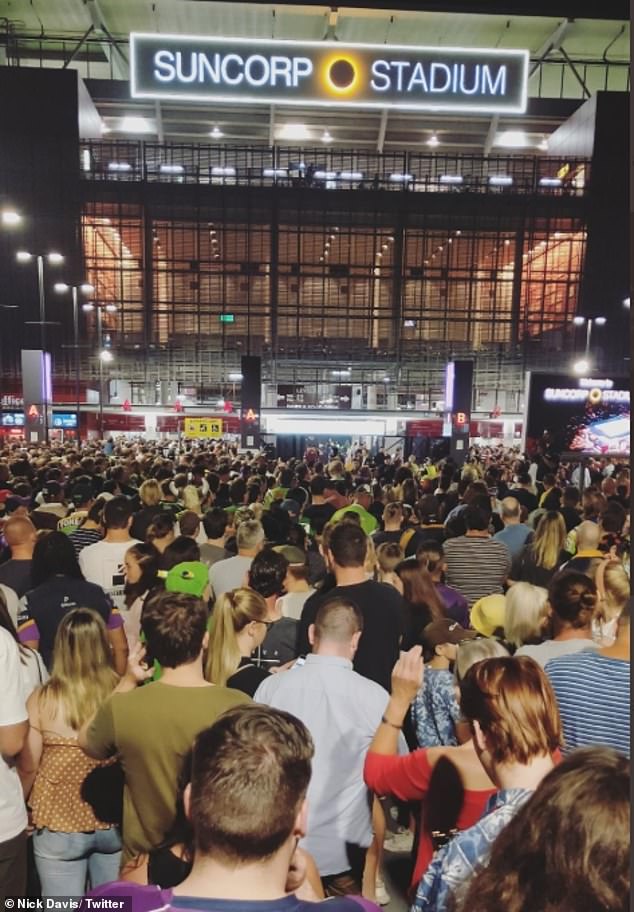 Chris Neal said it was unacceptable that state governments are willing to allow up to 40,000 sporting fans to pack into stadiums, but not allow music events to go ahead with the same amount of patrons 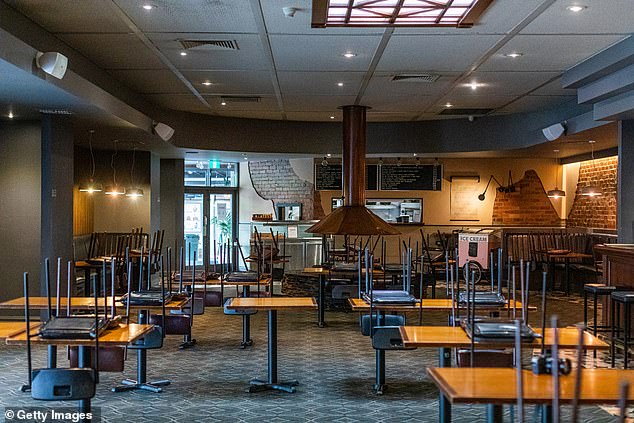 Pubs, restaurants and cafes have been crippled by the lockdowns and governments are slowly easing restrictions to allow more patrons – even though football games can hold thousands of people

After 21 years in business, Mr Neal is genuinely fearful of having to sell his business assets dirt cheap due to the impacts of the virus and subsequent lockdowns.

On Saturday morning, he penned a moving letter to the government via social media criticising the regulations which have kept him out of work.

He shared a photo taken at Suncorp Stadium prior to the NRL preliminary match between Melbourne Storm and Canberra Raiders which clearly demonstrated a lack of social distancing.

‘The government needs to be consistent with its rule,’ he wrote alongside the photo.

‘We are either safe from the virus or we are not, which one is it?’

Queensland has less restrictions than Victoria and New South Wales after appearing to almost entirely eliminate the virus from the community. 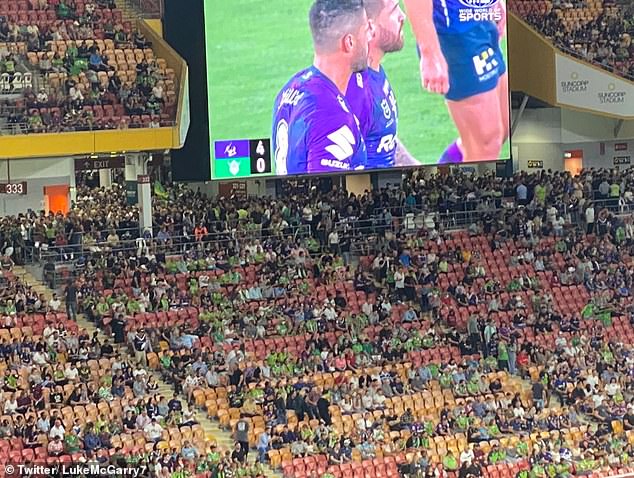 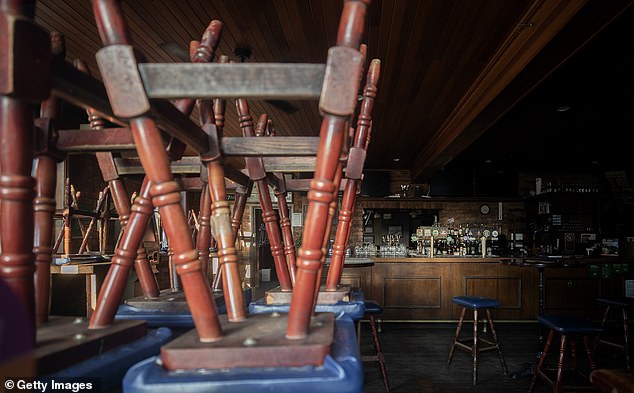 Chris Neal, from Queanbeyan in rural New South Wales, runs a lighting and sound business usually supplying music festivals and events throughout the nation. His business is one of many crippled during lockdown

But social distancing practices are still recommended and were supposed to be enforced at the match.

While the allowance was seen as a win for many, Mr Neal said does little to help his business.

‘Our business focuses on events with much larger audiences than 500, this doesn’t do much to help us,’ he said.

He also added that the NRL Grand Final, which will go ahead in Sydney next week, has a capacity of 40,000. 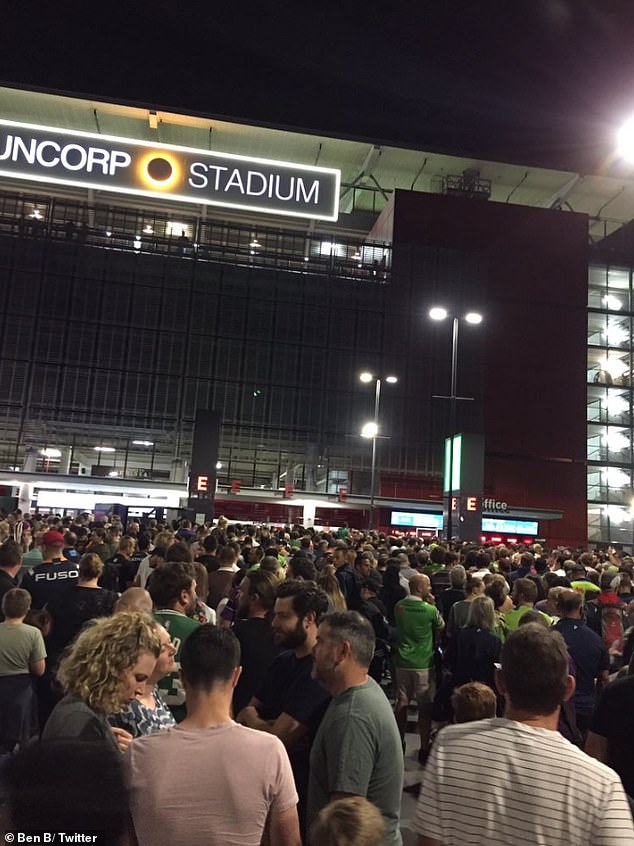 ‘If sport can continue under these supposed restrictions and controls then so should entertainment,’ he said

‘I refuse to accept we are safe going to a stadium at half capacity for football when we are told it’s not safe to attend the same stadium for a concert with the same restrictions in place,’ he said.

Mr Neal said the photo he uploaded ‘clearly shows social distancing was not in place at [Friday night’s] game’.

‘I have 4 of my 5 semi trailers unregistered on a farm an hour out of town, I have so much equipment piled up in every corner of our warehouse that would normally be out on events,’ he said.

‘If sport can continue under these supposed restrictions and controls then so should entertainment.

‘One set of rules for everyone.’ 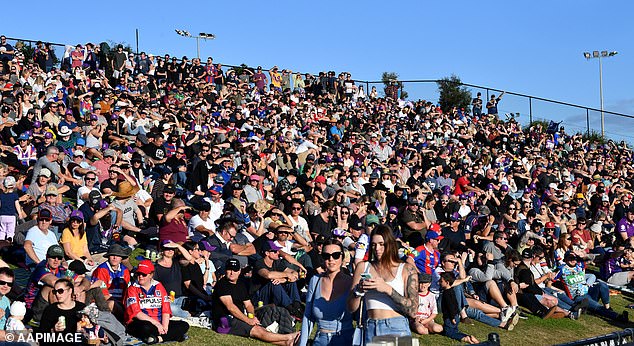