By Natalia Penza and Bhvishya Patel For Mailonline

Revellers in Spain were left drenched in saliva after a DJ spat Jägermeister over the excited crowds despite the country marking the biggest jump in new coronavirus cases since a national lockdown was lifted in June.

Shocking footage showed DJ Fali Sotomayor spray party-goers packed inside the Kokun Ocean Club in Torremolinos in the Costa del Sol with the alcoholic drink before offering the drink to others.

The scenes come just days after ministers decided to reimpose quarantine travel restrictions on Spain after it emerged ten Britons had tested positive for the virus after returning from the country.

During the clip, the tattooed DJ takes a drink from the bottle of Jägermeister and looks at the dancing crowds in front of him. 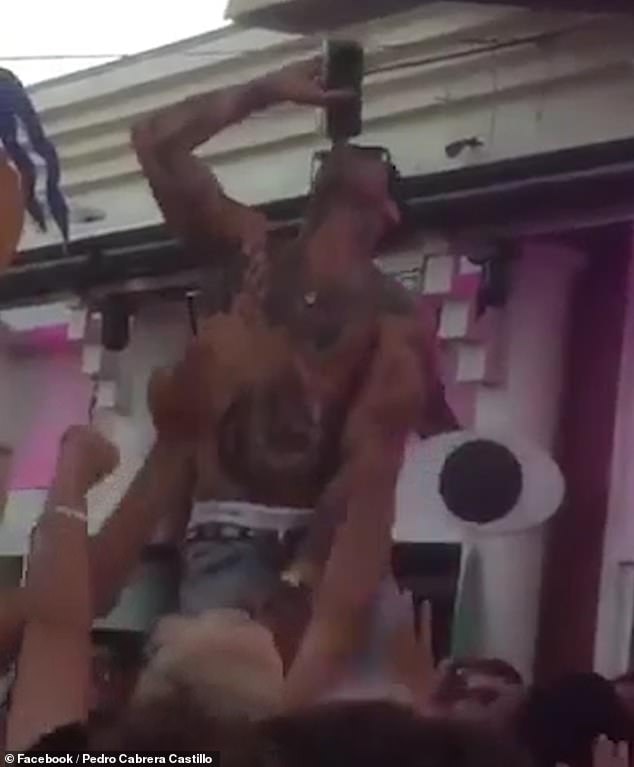 Within seconds, Mr Sotomayo sprays the beverage out onto the revellers as the party-goers continue to scream underneath the droplets.

The DJ then begins to offer the drink to others inside the packed nightclub as the heavy techno music blares in the background.

Following the scenes, Mr Satomayo apologised for his actions and admitted he was ‘ashamed and sorry’ about what had happened.

Speaking on behalf of promoter Les Castizos, which he forms part of, the Malaga-born DJ said: ‘We accept total responsibility for this incident and are ashamed and sorry about what happened.

‘Kokun Ocean Club is in no way responsible for our actions and totally respected social distancing.’

Admitting he had acted ‘irresponsibly’ he added: ‘We feel indebted to the thousands of colleagues, artists, members of the public and other people who feel upset about what they’ve seen.’

A spokesman for Malaga hotel association Mahos added: ‘This shows a totally negligent attitude in what is a pandemic.

‘We will never defend such an attack on public health.’

Local reports said the incident occurred on July 7, although the video only emerged on Facebook on Saturday. 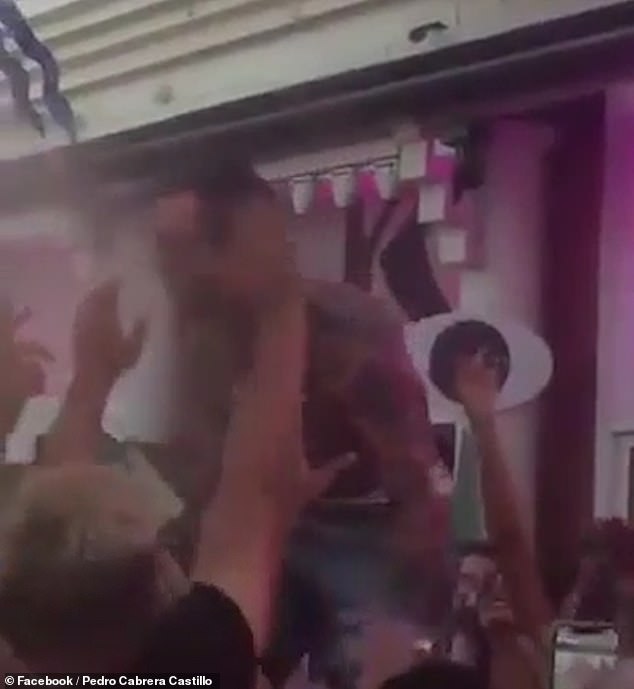 Revellers inside the packed Kokun Ocean Club in Torremolinos, Spain, are left drenched in saliva after DJ Fali Sotomayor sprays them with Jägermeister 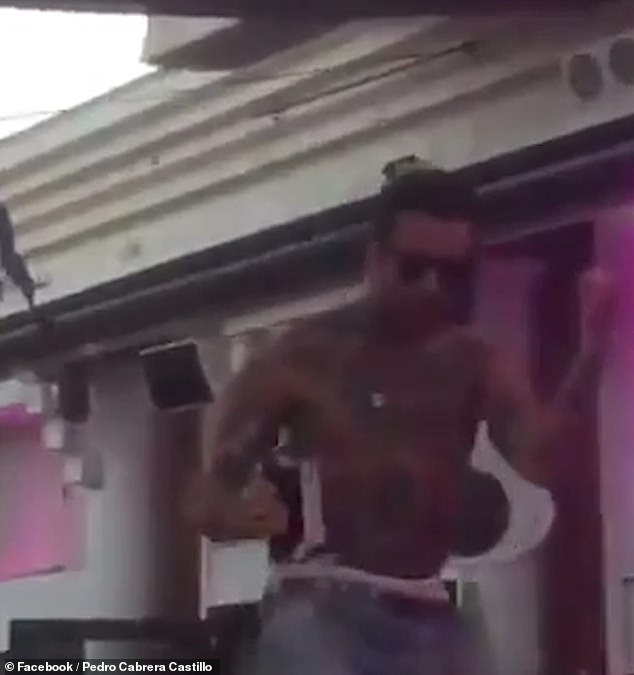 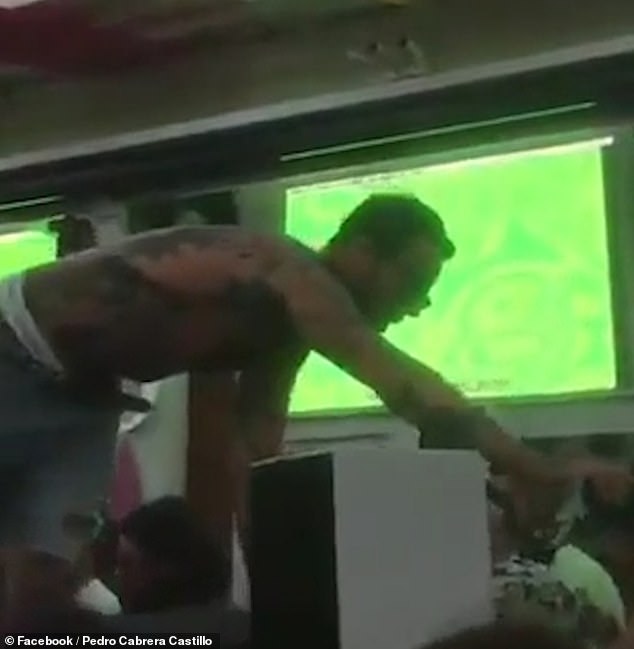 On Friday, Spain’s health ministry reported 3,092 new coronavirus cases in the country- marking the biggest jump since a national lockdown was lifted in June.

Cumulative cases, which also include results from antibody tests on people who may have recovered increased to 288,522 from 285,430, the ministry added.

Earlier this week, ministers reimposed the quarantine travel restrictions on Spain after it emerged ten Britons returned from the country with coronavirus.

The Government’s Covid-O committee, which includes Michael Gove, Grant Shapps and Priti Patel, were told the country had seen a spike in infections in 15 of its 19 regions.

The decision came as Boris Johnson warned there were ‘signs of a second wave’ of coronavirus in Europe.

During a visit to Nottinghamshire on Tuesday the Prime Minister said: ‘Let’s be absolutely clear about what’s happening in Europe, amongst some of our European friends, I’m afraid you are starting to see in some places the signs of a second wave of the pandemic.’