New South Wales venues will now be allowed to serve more customers outdoors as the state lifts a controversial COVID-19 restriction raising hope for a summer of alfresco events.

The current four-square-metre social distancing rule which determined how many people can be seated in a certain space will be reduced from October 16.

The new two-square-metre rule for outdoor venues will mean more people will be able to cram into areas such as rooftop bars and outdoor eateries.

Up to 500 people are now allowed seated at outdoor events – an increase on the current limit of just 20 people. 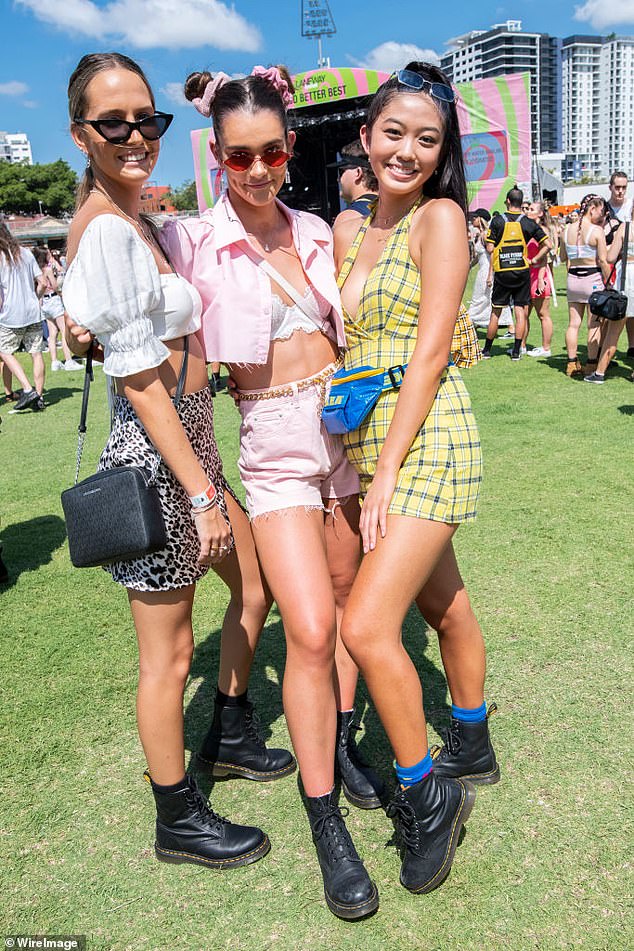 Venues must use electronic sign in systems, such as QR code scanning, to take advantage of the new rules.

‘Cafés, restaurants, pubs and clubs can now open up to more people as we enter summer and this will help drive recovery and keep people in jobs,’ he said.

‘This is an important change and increasing capacity for patrons was something raised by many stakeholders at the recent Summer Summit.’

The announcement comes as NSW sits on knife edge with a surge in cases after 12 days with no community transmission.

Two of these were still under investigation. 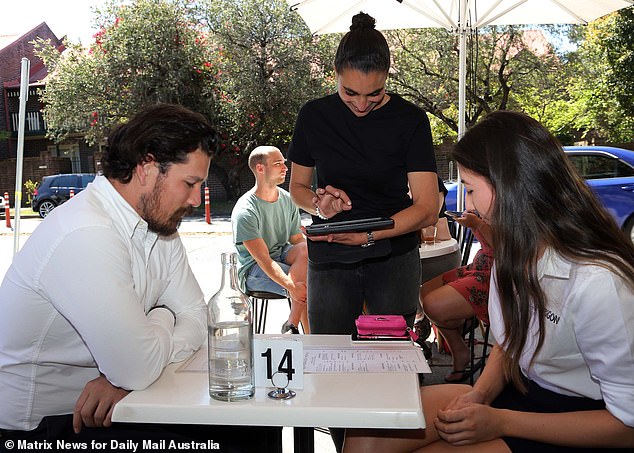 Premier Gladys Berejiklian announced on Tuesday that the four-square-metre rule would be reduced to just two-square-metres at outdoor venues on October 16 (pictured, restaurant on October 4)

Three of the new locally acquired cases are linked to the GP practice in Holden Street, Lakemba, in Sydney’s south west.

One of the cases is a household contact of the man in his 70s in Bargo who was announced on Wednesday but included in Thursday’s numbers.

The sources of these two cases and a new infection in a man in his 50s from south-east Sydney are under investigation.

Health authorities are also desperately searching for students who attended two tutoring facilities in Sydney’s west after they were exposed to COVID-19. 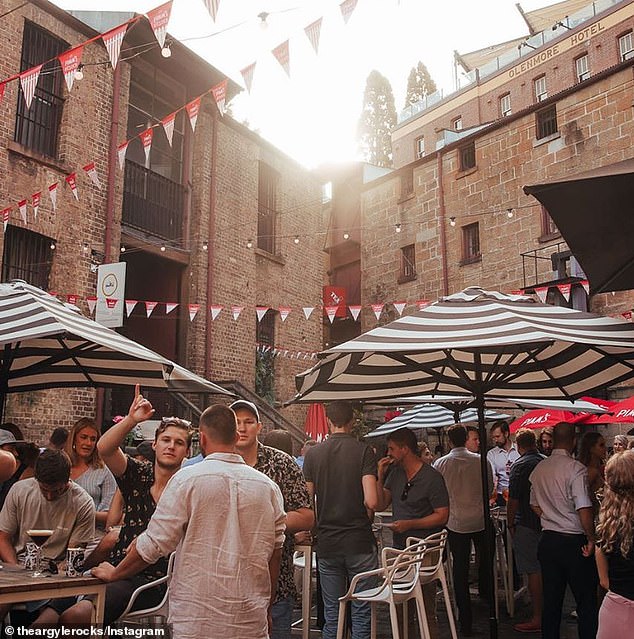 Anyone who attended Al-Jabr, A Different Class of Mathematics in Auburn between 4.30 and 8.45pm on October 8 or between 10am and 4.30pm on October 11 are urged to get tested and self-isolate.

Warnings have also been issued for students at Ace Tutoring in Parramatta between 9.30am-1.20pm on October 10.

Students who attended that tutoring class are considered close contacts and must isolate for 14 days.

Anyone else who attended ACE Tutoring on this day is considered a casual contact.