Meet Keith Rogers, the 62-year-old footy star who is still playing A-grade matches and tackling men young enough to be his grandsons – as he reveals his tips to staying healthy and fit

A sprightly 62-year-old Indigenous man from the Northern Territory is still winning Aussie Rules Football matches against men in their twenties.

Keith Rogers doesn’t let his age stop him from making the 700 kilometre round trip to play A-grade matches for the Ngukurr Bulldogs in the NT’s Big Rivers League.

Mr Rogers, who has been playing footy since the 1970s, said the motivation for his age-defying enthusiasm is being a role model for future players.

‘To show the young fellas not to give up too early. Playing footy is very important to show your talent and put you in the spotlight,’ he told the ABC. 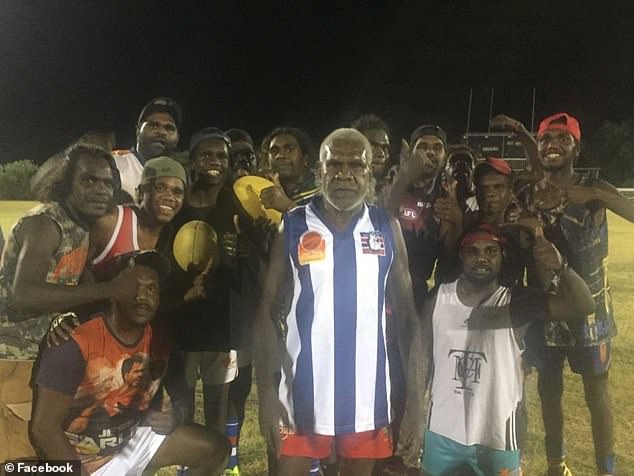 Mr Rodgers said he has no trouble keeping up with his teammates, some of whom are a third of his age.

‘If there’s a position that needs to be filled, I can go there. They can put me anywhere. I can stick it to them. I can put up with any of these young fellas,’ he said.

Mr Rodgers’ passion for AFL has also taken him to Sydney, Adelaide, and Darwin.

And he’s lived a colourful life off the footy field as well, having dabbled in radio and studied car mechanics.

‘I love studying, reading writing, getting knowledge from other people,’ he said.

Before coronavirus was declared a pandemic in March, Mr Rodgers had been studying at Sydney’s Macquarie University.

But the outbreak sent him back to the Top End, giving him a chance to hit the gym in the lead-up to the local footy season.

Mr Rogers has seen a lot of changes to the sport since he started playing in his late teens.

‘You train harder, faster, you move the ball much quicker than usual. You’re not allowed to hang back anymore. When it bounces, it gets kicked in goal,’ he said.

Mr Rodgers said as long as his legs work and he has air in his lungs, he will continue to play footy. 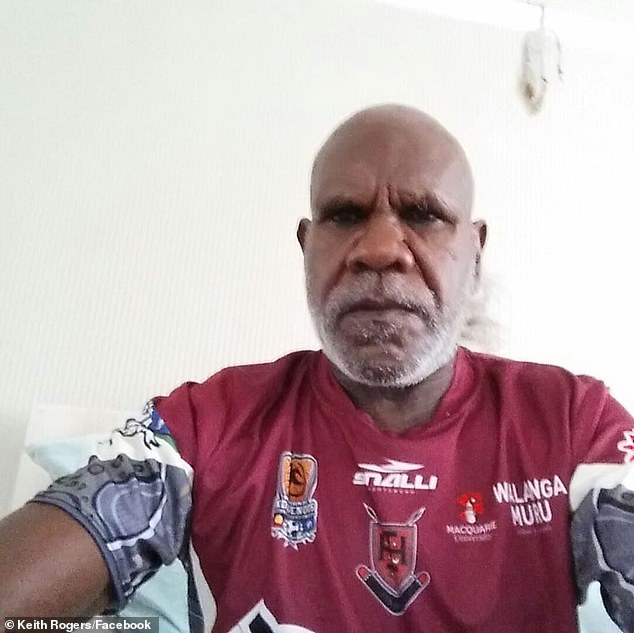 The 62-year-old has lived a colourful life off the footy field as well, having dabbled in radio and studied car mechanics