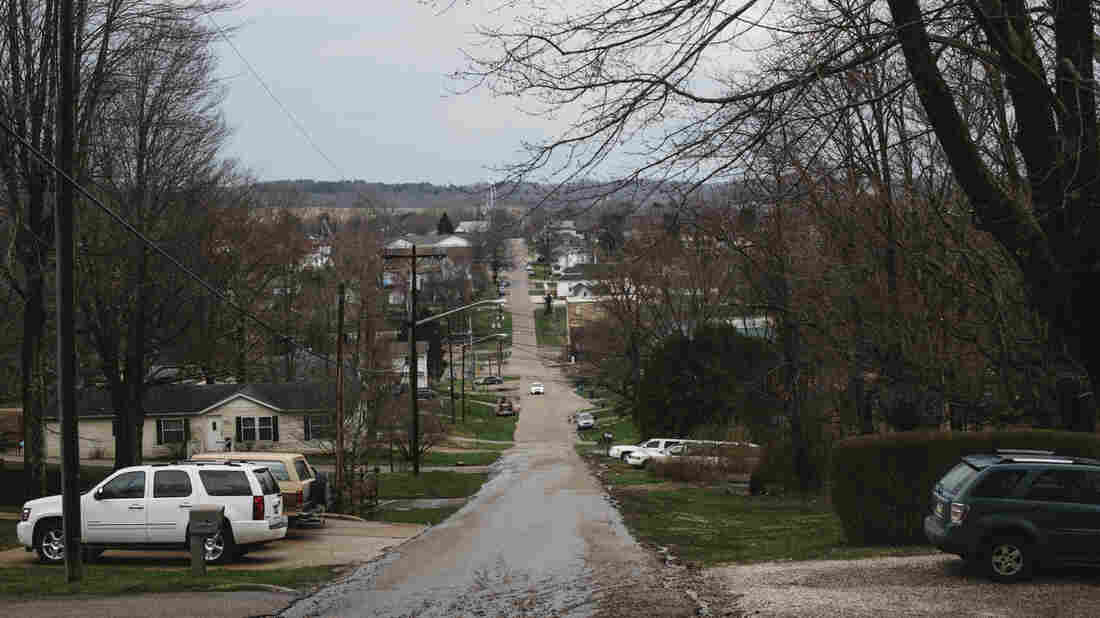 Vinton County, Ohio, has been on the front lines of the opioid crisis in the U.S. for several years. The drugs may have changed over the years — from opioids to meth — but the devastating effects on families have not. And even though the county hasn’t had high infection rates of the coronavirus, the necessary social restrictions have made it harder to keep people addicted to drugs and their children safe.

Vinton is Ohio’s least-populated county. When it comes to its response to the coronavirus pandemic, it mirrors what’s happening across the nation. Vinton County schools are not in session, most churches remain closed and restaurants are either closed or open only for take-out orders.

“So even here with our normal level of isolation it’s a lot different for even us,” says Trecia Kimes-Brown, Vinton County’s prosecutor.

In 2018, NPR went to Vinton County to report on its struggle with opioids and meth and the effect of having an addicted parent on children. Then, Kimes-Brown told NPR that for households where people were making meth, kids were “living in these environments where they’re not being fed. They’re not being clothed properly. They’re not being sent to school. They’re being mistreated.”

Now, with social distancing measures in place in Vinton County and schools and churches closed, teachers and clergy — those who are the likeliest to come in contact with abused children — aren’t, so they can’t report cases of abuse. Kimes-Brown says that she suspects that’s behind recent reductions in child abuse reports nationwide. “We’ve lost all those connections with our kids,” she says.

Teachers in Vinton County are trying to connect with families by phone, she says. She hopes that others, such as neighbors or mail carriers — those who might be in more contact with children during the pandemic — report suspected child abuse cases.

“I don’t think people realize how much information one report can provide,” she says. “There are so many cases that I could say have been decided or made because an eyewitness came across the tiniest bit of information and reported it.”

Kimes-Brown says the county is still struggling with what she calls a “horrible” meth problem and is also seeing more abuse of fentanyl and carfentanil. “The fentanyl use is deadly,” she says.

And with the introduction of COVID-19, she says, there’s more stress on households already dealing with addiction. “And I think we’re just seeing the beginning of it – with job loss, unemployment, people are depressed, their kids can’t go to school, they can’t go to AA, they can’t go to NA because those meetings are canceled. They can’t go to their normal support groups.”