‘My mum will be getting a new car!’ Young dad sacked during the coronavirus pandemic wins $5.8million in incredible Lotto windfall

A young dad who recently lost his job due the pandemic is now more than $5.8 million richer as one of Oz Lotto’s latest division one winners.

The unemployed security guard aged in his late 20s was buying groceries for his three-year-old daughter when he spotted the Lotterywest sign and decided to try his luck by buying a ticket for Tuesday night’s draw.

The infrequent player checked his ticket when he heard on the news a mystery winner from the newsagent where he bought the ticket hadn’t yet come forward to claim their windfall.

‘I just want to go home and hug my daughter,’ the shocked winner told Lotterywest officials.

‘I always say that life could be a dream, and this certainly feels like one. I’m always reading the news about Lotto winners and never thought it could be me.’ 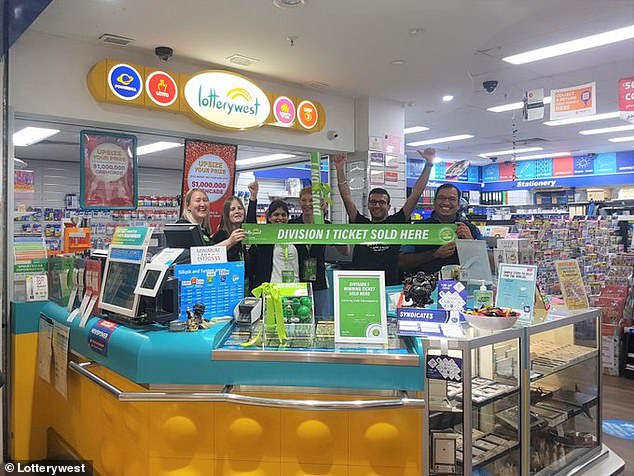 Canning Vale Newsgency staff are on a high after selling one of the two winning tickets worth $5,865,030 in Tuesday night’s Oz Lotto draw. The mystery winner has since come forward

The lucky winner from Armadale in Perth’s south-eastern outskirts is making plans of what to do with his surprise windfall.

The first person he’s planning to tell is his brother.

‘I really look up to him and he’s been struggling to find the finances to buy a house but I’m going to buy him a whole house now,’ the man said.

‘I’m also going to go back to school and finish my commerce degree and learn how to manage my money.

‘My mum will be getting a new car and I’ll buy myself a house and also set up my kids.’

The winning ticket was purchased at Canning Vale Newsagency in Perth’s south.

‘We did it WA! One of our lucky customers will go home with $5.8 million after winning division one in last night’s Oz Lotto draw!,’ the newsagent posted on its Facebook page.

‘We’d like to thank all of our loyal customers for their support and congratulate the lucky winner!’ 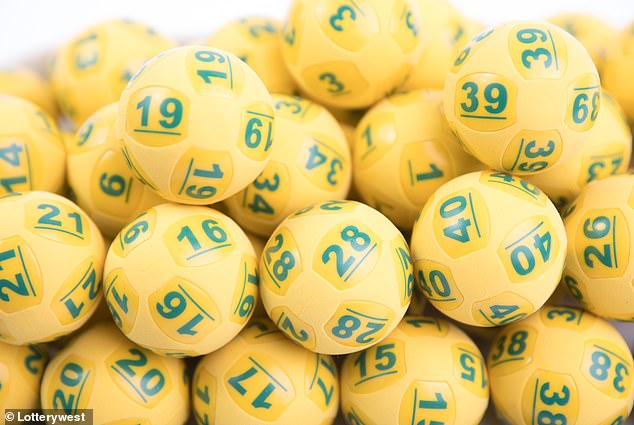 The man was one of two division one winners from Tuesday night’s draw with the other winning ticket bought from Brisbane.

It’s the largest win in Western Australia in almost two years when a $10 million Oz Lotto win in Albany since October 2018.

The latest division one winner brings the total from Western Australia so far this year to 43.

Lotterywest spokeswoman Hermione Coleman said interviewing winners and hearing their stories was a highlight of her job.

‘Another highlight is knowing that all profit raised from Lotterywest tickets goes into the COVID-19 Relief Fund, which is helping the WA community at a time when so many people are doing it tough,’ she added.

The next chance to win is in Thursday night’s $20 million Powerball jackpot. 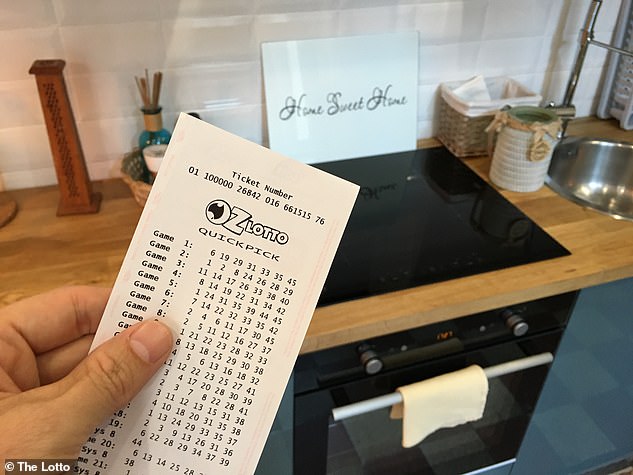