A supermarket shopper has been seen using a 2m-long measuring tape to keep other shoppers a safe distance away from her.

The pictures were taken on Saturday morning at Pak’n Save Kilbirnie in Wellington, New Zealand.

Other shoppers were amused by the woman and her social distancing technique, especially when she shouted at people when they got too close to her. 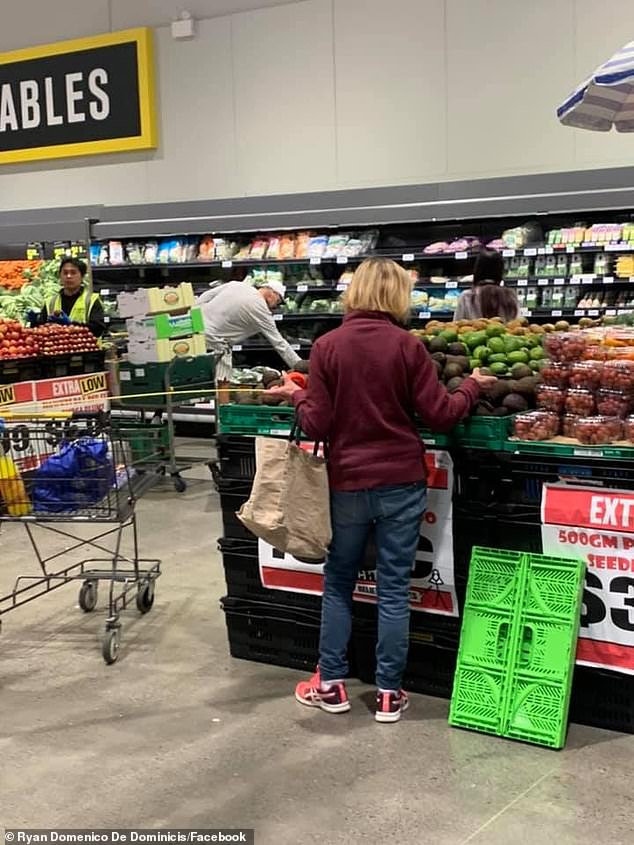 The pictures were taken Saturday morning at Pak’n Save Kilbirnie in Wellington, New Zealand, by Ryan Domenico De Dominicis

‘The social-distancing warrior of Pak N Save. Armed with a tape measure locked to 2m and yelling ”TWO METERS” at anyone that strayed too close. What a hero,’ Ryan Domenico De Dominicis – who posted the photos on Facebook – said.

‘She yelled at one guy who got too close and poked him away with the tape measure. His expression was one of shock really. He laughed it off once she moved away,’ he told The New Zealand Herald.

‘The social distancing rule is an important one to follow but I think it’s also important to follow it with kindness and respect. Using a tape measure is probably going a bit too far.

‘Having said that, I don’t know what her reasons for doing it were.’ 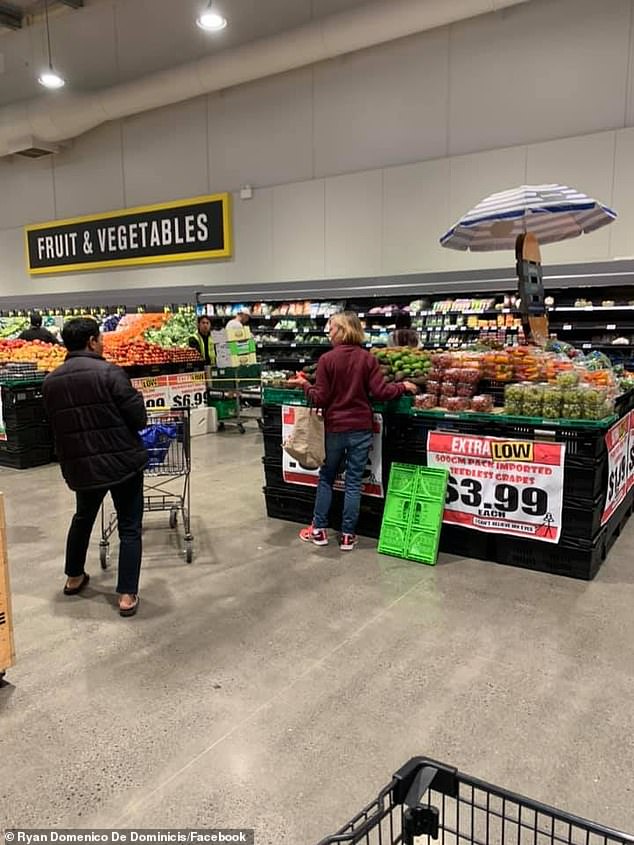 He said the other shoppers were amused by the woman, especially when she shouted at people when they got too close to her

Many commenters praised the woman as they believed many people aren’t following social distancing rules while in supermarkets.

One person said: ‘I love her. Because there are too many non-social distance warriors out there.’

‘The coolness of her stance. Looks like this isn’t her first rodeo with the old tape measure,’ another said.

Another commented: ‘Go her. I would never have thought of that.’

Some users pointed out the woman was picking up fruit before putting them back, which is against advice not to touch products unless you purchase them.

‘I wasn’t really paying too much attention to that but it did look as though she was feeling the avocados for ripeness,’ Mr Dominicis responded.