Anything for the bush! Students strip off to raise money for hard-up farmers struggling after drought, fires and the pandemic – as they reveal the clever way they stayed COVIDSafe while completely naked

These third year veterinary students brought new meaning to getting down and dirty as they posed for a nude calendar photoshoot on an Australian farm.

Now in its 11th year, the Bums for the Bush calendar has become an annual highlight at Sydney University’s veterinary science faculty, which has raised almost $100,000 for rural communities, mental health awareness and other worthy causes with their cheeky photos.

Not even COVID-19 restrictions could stop the 2021 naked and socially distanced calendar from going ahead, with all proceeds going to the Aussie Helpers charity for hard-up communities.

Students took off their gear at various sites across Camden in Sydney’s south-western outskirts, which included the university’s farms, a dairy farm owned by the Biffins and a private animal-devoted residence. 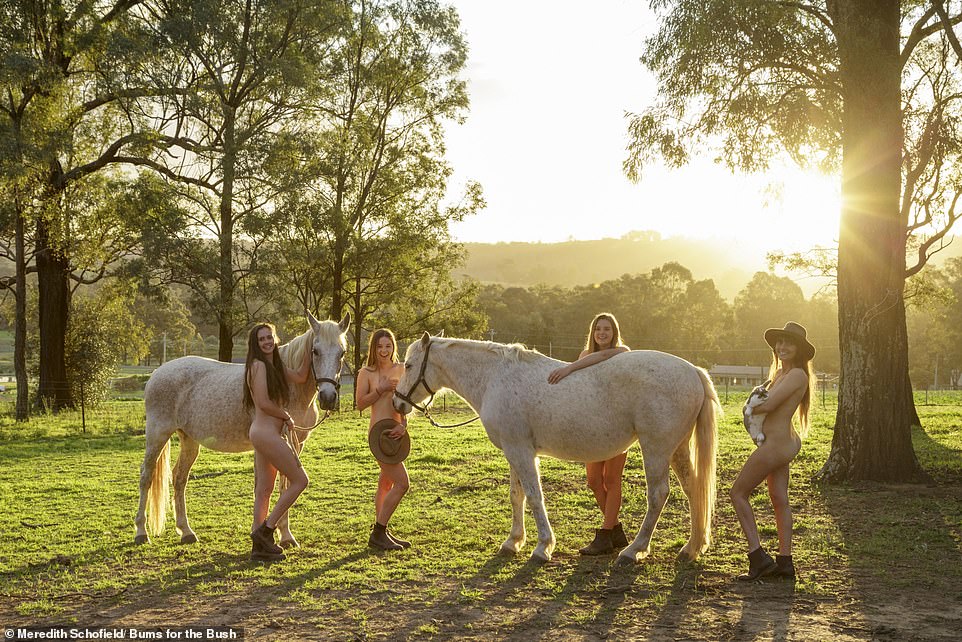 The annual Bums for the Bush calendar is back bigger and better. Strategically placed hats, a horse and a rabbit were used in this photo of third year veterinary science students

Camden Farms Student Society vice president Clemence King said this year’s calendar is a lot different from ones previously because of the pandemic.

‘We had to abide by NSW restrictions, which meant we couldn’t have groups of 20 or more and we all had to be 1.5 metres apart,’ she told Daily Mail Australia.

‘Everyone was wearing face masks when we weren’t posing for photos. We usually do a big group shot, which we couldn’t do unfortunately.’

‘It took a lot of organisation, time and effort to make the calendar possible.’

The traditional group photo starring all participants was compiled together in post-production by using a collection of composite shots of smaller groups, which was a tedious editing nightmare but produced a stunning result. 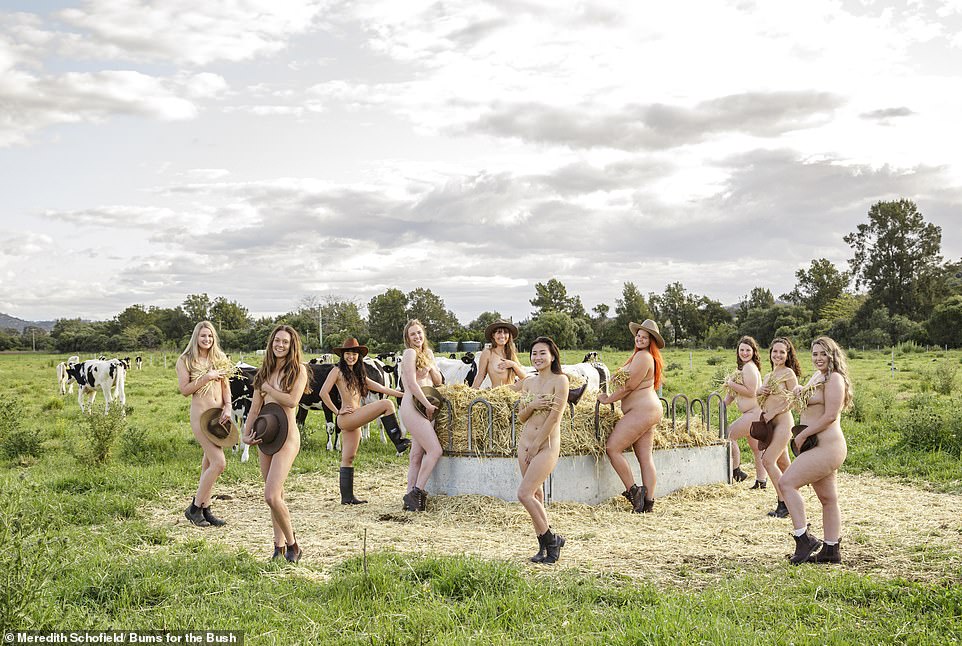 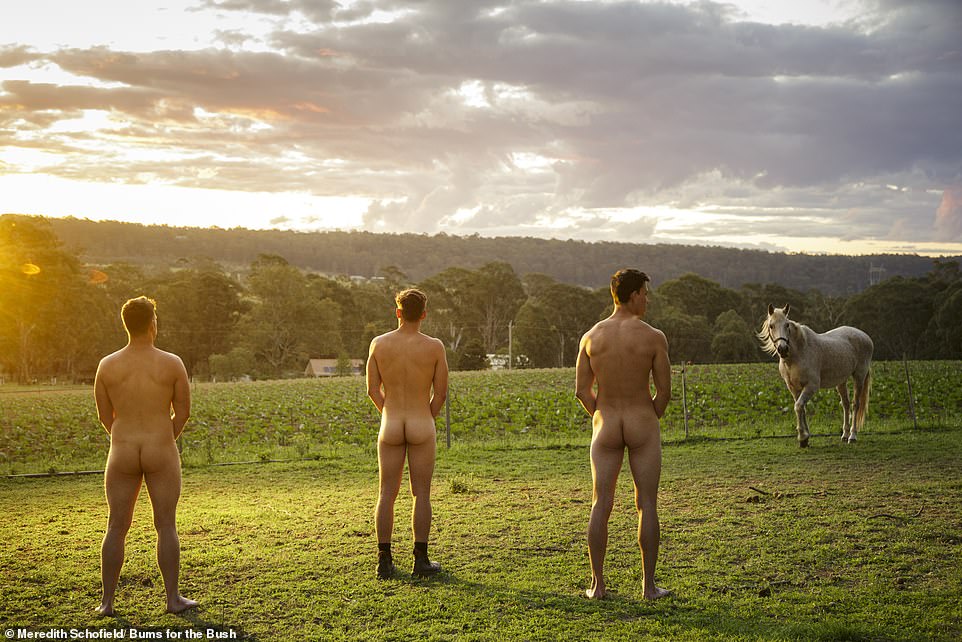 Around 50 of the university’s third year 130 vet students stripped off and posed nude using strategically-placed hats, horses, lambs, rabbits, chickens and tractors outside sheds, in the water and in paddocks and barns.

Lucky drivers got more than they bargained for when they drove past the properties during the day-long photo shoot, which was captured by photographer Meredith Schofield.

‘There were a few nerves at the start of the day but we’re a close-knit bunch and everyone was so supportive,’ Ms King said.

‘A few parents had reservations but once they realised what it was all about, they’re all now buying up to 20 copies each for extended family.’ 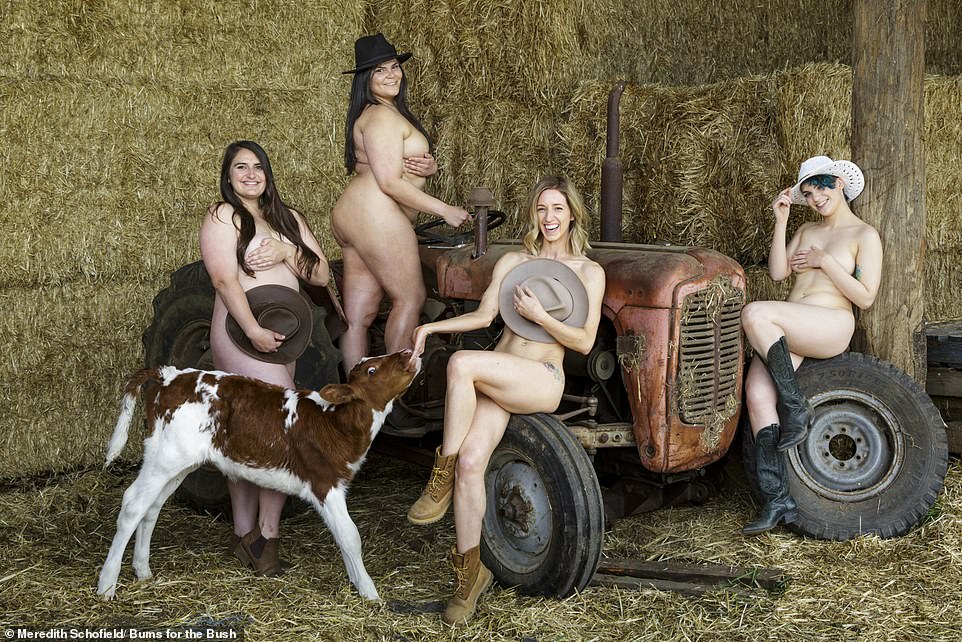 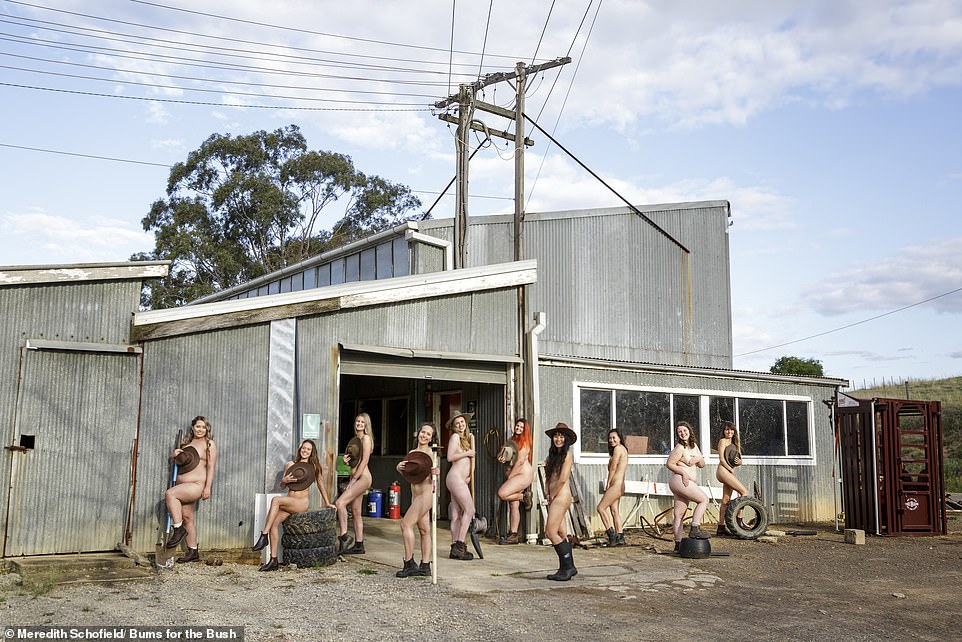 It took a lot of time, effort and organisation for the Bums for the Bush calendar to go ahead during the pandemic

The students hope to raise as much money as possible for Aussie Helpers, a charity which helps struggling rural communities and farmers by providing animal feed and supplies, equipment and machinery along with  financial and mental health support.

The 2019-20 Australian bushfire season was one of the worst on record which wiped out almost three billion animals and scorched 46 million acres.

‘We really feel for these rural communities, who have had it harder more than anyone.’

The calendar is priced at $25 with pre-sales available online at bumsforthebush.com. 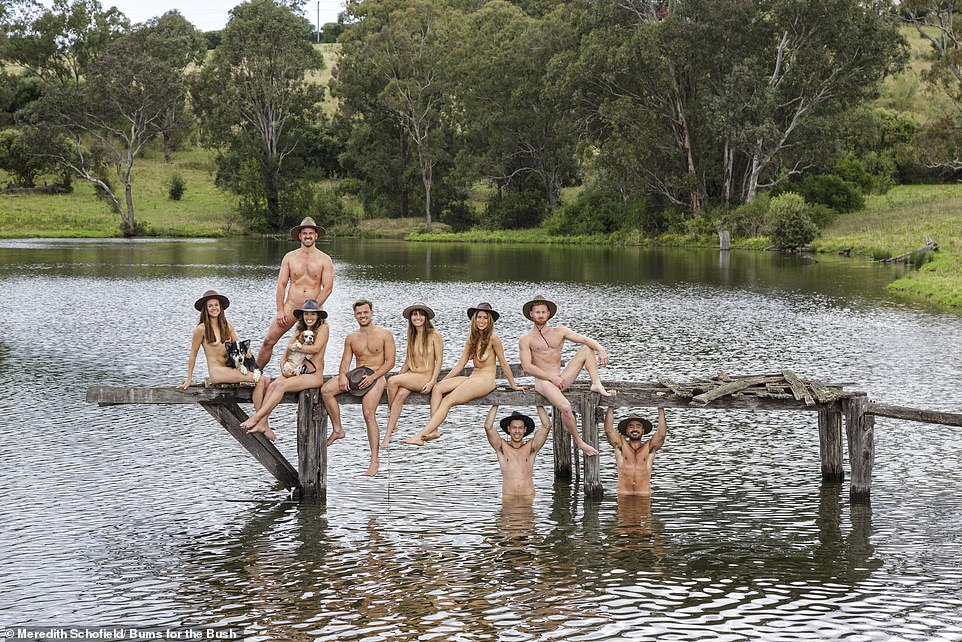