Wales says it will BAN people from Covid hotspots in England travelling across the border from Friday – but how will they enforce it?

Welsh ministers faced fury today after unveiling an extraordinary bid to ban from coronavirus hotspots in England entering the country.

First Minister Mark Drakeford was accused of being obsessed with ‘banning the English’ after he announced the move saying people were ‘anxious and fearful’ about importing infection.

He put the blame for the action squarely on Boris Johnson, saying the PM had ignored two letters requesting he introduce travel restrictions in areas of England with high case rates.

But there were immediate questions about how the measure, due to come in from 6pm on Friday, can possibly be enforced.

Police commissioners in Wales suggested they could set up road blocks and follow up tips from the public. However, they have admitted there is not the capacity to ‘line the border with patrol cars’.

Critics also warned that the policy could deal a hammer blow to the tourism industry in Wales, already reeling from the impact of the pandemic.

The bitter row came as: 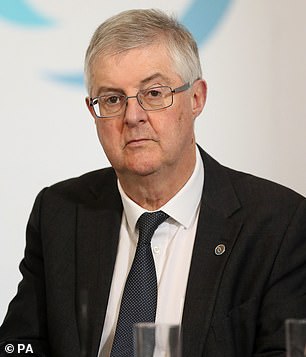 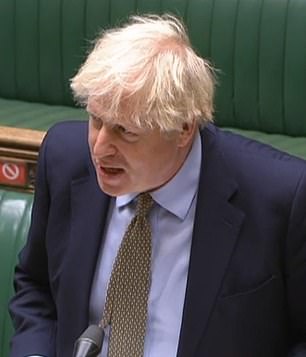 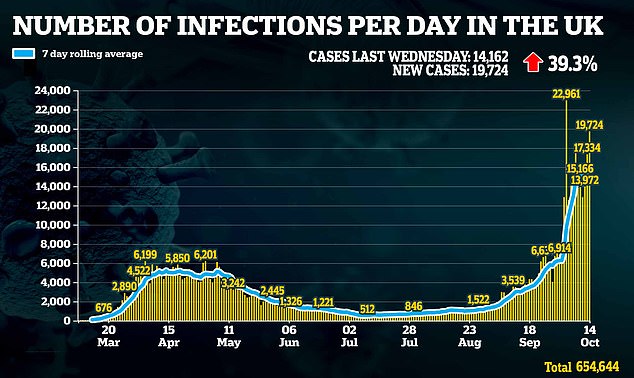 Tory member of the Welsh Parliament Andrew RT Davies said: ‘The Welsh Government’s unhealthy obsession with travel restrictions and ”banning the English” flies in the face of all the evidence.

‘Last month’s SAGE advice said such a move would have a ”low impact” and would be ‘complicated’ to enforce.’

But he added: ‘Talk by a minority of Welsh nationalists of ”stopping the English at the border” creates tensions and damages tourism in Gwynned and elsewhere in Wales.

‘The last lockdown was extremely damaging to the hospitality sector. Watch your language!’

The drastic restrictions come after Nicola Sturgeon suggested she is also considering a ban, and warned Scots not to travel to Blackpool because 180 cases north of the border had been linked to the seaside town recently.

In Wales, there are 17 areas under higher local lockdowns, which include rules against entering or leaving the area without a reasonable excuse such as work or education.

However, currently people living in Covid-19 hotspots elsewhere in the UK are free to enter areas of Wales not under restrictions where levels of the virus are low.

Under regulations being prepared, people living in areas with high levels of coronavirus in England, Scotland and Northern Ireland will not be able to travel to Wales.

Mr Drakeford told the Welsh Parliament: ‘I have therefore asked for the necessary work to be brought forward, which would allow for devolved powers to be used to prevent people from travelling into Wales from high-prevalence areas of the United Kingdom.’

He said it was ‘important’ to emphasise that it was not an issue regarding the border between Wales and England but a ‘matter of fairness’.

‘We’ve already heard from the First Minister of Scotland and she’s eager to support what we’re trying to do here. Now is the time for the Prime Minister to do the same thing,’ Mr Drakeford told the Senedd.

‘If he isn’t willing to do so then the timetable is for us to use the powers in Wales by the end of the week.’

Before the announcement police commissioners had already been voiced doubts about enforcement.

‘I can’t see us lining the border with patrol cars because none of the police forces in Wales have the resources to do that,’ the North Wales commissioner Arfon Jones said, while making clear he agreed with the idea ‘in principle’. 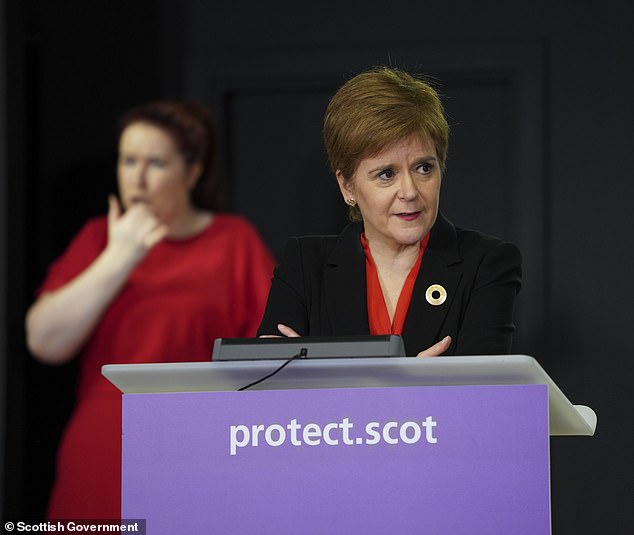 The drastic restrictions come after Nicola Sturgeon (pictured today) suggested she is also considering a ban, and warned Scots not to travel to Blackpool because 180 cases north of the border had been linked to the seaside town recently

Ms Sturgeon earlier told the Scottish Government’s press briefing she supported Mr Drakeford’s push for travel restrictions to be imposed across the UK, and would not rule out imposing her own.

‘I want to be clear today that I back the calls from the First Minister of Wales and I’ll be writing to the Prime Minister today to seek urgent talks on that issue,’ she said.

The chief executive of the Welsh NHS, Dr Andrew Goodall, said he would also ‘welcome any actions that help us have a control of the levels of community transmission’ when asked if he was in favour of the travel ban. 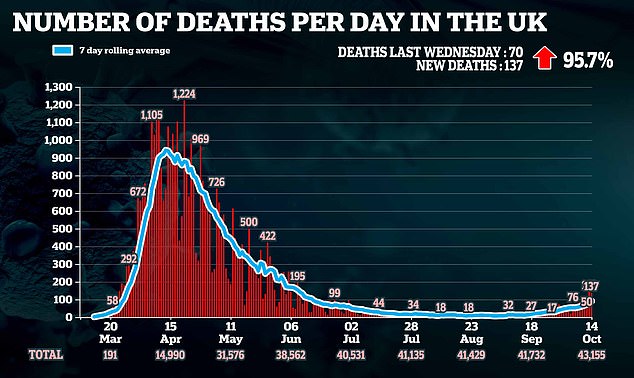